The Real Meaning (Ta'wil) of Noah's Ark and the Great Flood 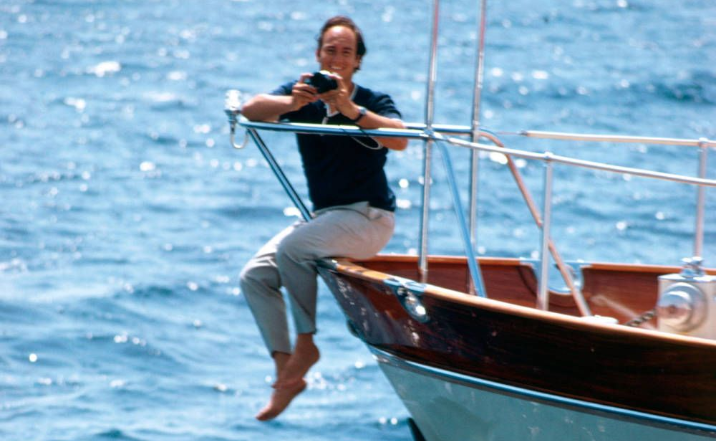 "Noah’s Ark is not a thing of wood but the Prophet’s household; Noah’s flood is not of water but instead, of ignorance and waywardness. And this is the downfall of sinners."

According to Henry Corbin's presentation of the Ismaili ta'wil of Qadi al-Nu'man, the Flood that is mentioned in the story of Noah is

"a spiritual event, a real event that takes place in souls, a suffocation in souls.... Most of Humanity will be drowned and suffocated by the exoteric (zahir) of the Divine Revelations" (Corbin, Swedenborg and Esoteric Islam, 113).

To safeguard the souls of those who will be obedient to the Master of the Age, God ordered Noah:

"And construct an Ark under Our eyes and Our inspiration (11:37).

The esoteric meaning of which is

" to establish the da'wat, the esoteric sodality together with its grades and its initiation, so that the spirits of its adherents may find, through the life of the spiritual science that is imbued with the nature of light (hayat al-'ilm al-ruhani al-nurani), salvation outside of submersion in unconsciousness, outside of negation and misleading, just as a ship preserves bodies from drowning in the physical sense" (Corbin, 115).

Water, as we know, is a symbol of knowledge, but water can

The Ark that Noah built was a living Ark, in that it was made up the human souls that gave their trust to Noah and were ready to accept both the zahir and the batin of the Revelation. The Ark was the Da'wat and at the head of the Da'wat is the Prophet and the Imam. Thus, the Ark also signifies the Perfect Master of the Age who encompasses the entirety of the Da'wat and all the souls who board it by giving their souls to the Master of the Age in the spiritual and physical act of ba'yat.

The Divine command to "Embark on the Ark, in the name of God, whether it move or be at rest!" (11:41) is a command given to the members of the "mystic brotherhood". Physically, this means to submit fully and trust the Master of the Age. Spiritually, to embark on the Ark means that one is binding one's soul to the Universal Soul, through its Mazhar, who is the Imam of the time. One enters into the Da'wat al-Haqq "through the name of God" (11:41); according to Ismaili esotericism, the Prophets and the Imams are the Real Supreme Name of God.

The very next verse, "So the Ark floated with them on the waves like mountains" (11:42) means:

" The Imam, invested with esoteric teaching, floats in his da'wat like a mystical Ark, together with all those who have responded to his Call on the ocean of knowledge; he floats from mystical grade to grade (from hadd to hadd), in order to initiate each one into the higher spiritual science (ma'rifat)" (Corbin, 118).

In both, the story of the angels prostrating to Adam and the story of the followers boarding the Ark of Noah, there would be one figure (who is the leader of all those who will cut themselves off from the Da'wat of the Master of the Age) who does not heed the Divine Command. In the story of Adam, Iblis was too proud to submit and prostrate to Adam and in the story of Noah, one of his sons, who may have wanted the Imamat for himself, refused to board the Ark and thereby became the Iblis of his time.

According to Ismaili esoteric hermeneutics, the word "mountain in the Qur'an often symbolizes a learned person, whether this be a true believer, who accepts both the zahir and the batin, or the literalist (zahiri) who also becomes an enemy to the Prophets and the Imams.

In verse (11:42), the Ark of Imamat floated with his Da'wat on the "waves like mountains", which means that these are the false mountains or enemies of the Imam who are only learned in the zahiri aspect of Knowledge.

"the waves that he [the Imam] confronts, towering like mountains, are the learned in the Law (Shariah), the literalists ('ulama' al-zahir) who pass as men of science, although they are empty of any knowledge in the true sense; that is why they collapse before the Imam, as the waves of the sea collapse after having given the illusion of being high mountains" (Corbin, 118).

"And it (the Ark) sailed with them through waves like mountains and Noah called out to his son who was apart [from them], 'O my son, come aboard with us and be not with the disbelievers."

But Noah's son, who wanted to go with the false scholars and the enemies of the Imam (i.e. with the disbelievers), said:

"I shall betake me to some mountain that will save me from the water. Noah said, 'this day there is no protector from the Command of Allah except him on who He has Mercy. And the wave came in between them, so he was among the drowned" (11:43).

Noah's son was told not to be with the "disbelievers" but he replied that he will go to a "mountain" that will save him. Notice Noah says that there is no "protector" (when his son said he would go to a "mountain") EXCEPT "him on who He has Mercy". So we know the mountain that Noah's son wanted to go to was indeed another human personality who Noah's son thought would protect him, but Noah knew that these persons who appeared as towering mountains of knowledge were actually "waves" which would consume his son and cause him to drown in the exoteric knowledge.

The only protector, according to verse (11:43), is "him on who He has Mercy." The esoteric meaning of this is that the True Master is the Mazhar of God's Mercy (Rahma), just as the Prophet Muhammad is sent as "a Mercy to the Worlds" (Rahmatan li'l-'Alameen)" (21:107), and just as the Qur'an says about Hazrat Khidr:

"So they found one of Our servants, on whom We had bestowed Mercy (Rahma) from Ourselves and whom We had taught knowledge ('ilm) from Our own Presence" (18:65).

The "Flood" is a spiritual hidden event that occurs throughout time, and can come in different forms. There can be a flood of zahiri knowledge and even a flood of batini knowledge. The current age in which we live has been called the "information age" and there has certainly been a flood of information that can indeed suffocate and drown those who have no means of navigating the waters of knowledge.

However, Divine Mercy has established a means for souls from being lost and swept away by flood waters of all times, as it is said in the following verses:

“And a sign for them is that We carried their forefathers (dhuriyyat) in the loaded Ark [of Noah] and We have created for them the likes of it (mithlihi) on which they ride" (36:41-42).

In a hadith upon which there is consensus from both Sunni and Shia, the Prophet identified for us what or who is like the Ark of Noah:

“The place of my ahl-al-bayt among you is like the ark of Noah; whoever embarks on it is saved and whoever lags behind is drowned.”

Imam Shah Gharib Mirza speaking about his father and Imam of the Time, Shah Abdu's-salam, as the Ark of Noah of the time that should be boarded for safe passage:

Some people appeal to God while they have no knowledge or the Imam of their time, or oppose him. They should enter the Ark of the Noah of the time because all other ships will be drowned. Therefore follow the (spiritual) authority and your leader, so that you may sit in the house of the Truth, entering the Ark of the Noah of your time, and reaching the land safely. That authority, that Noah of your time, is the Imam of your time, Shah Abdu's-salam Shah. Know him, and enter the Ark of Noah, i.e. the path of his preaching (tariqat-i da’wat), so that your faith may become perfect, and your souls may become safe from calamities.