Did God Create the Heavens and Earth in Six Days? 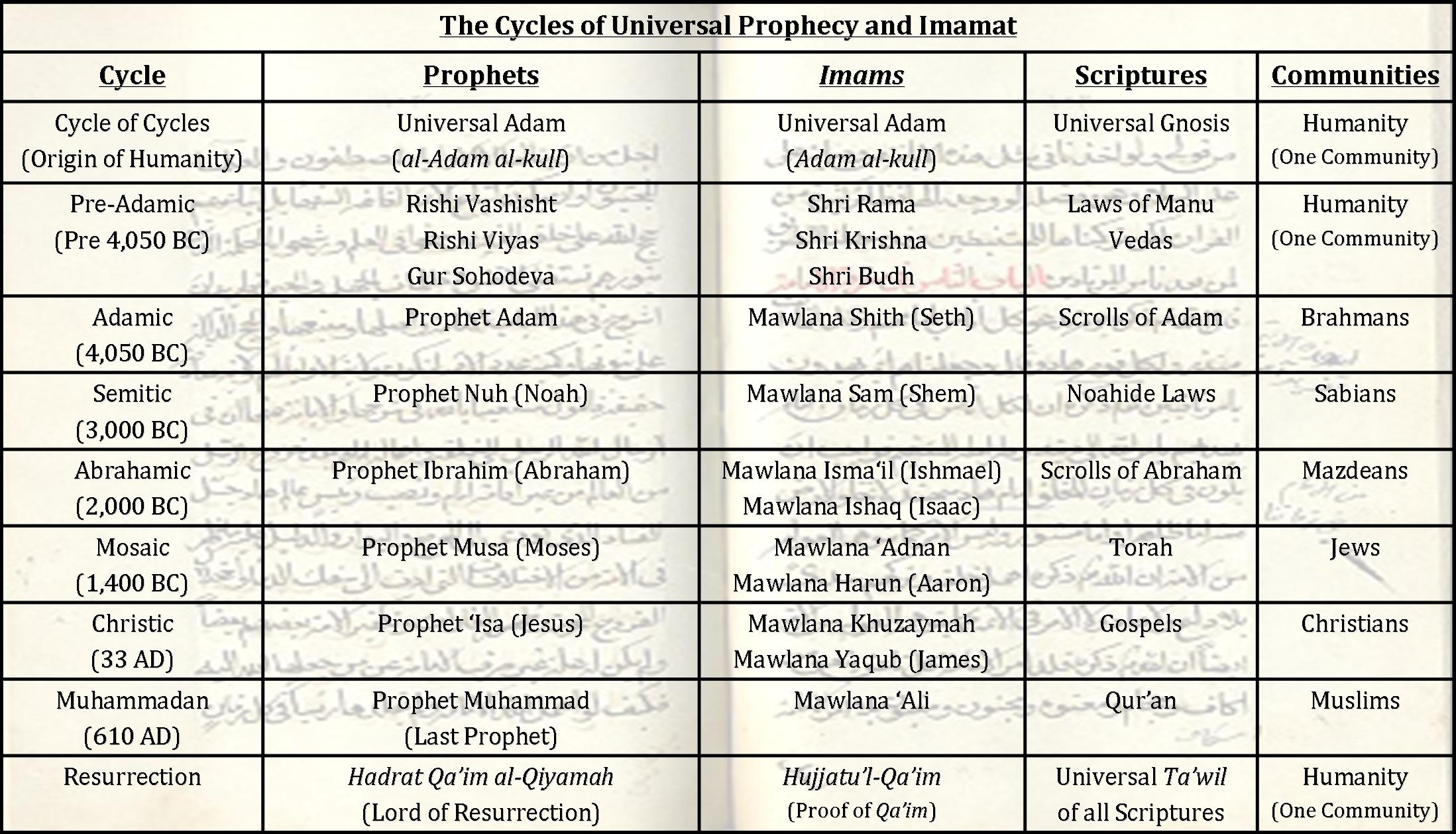 Different historical periods or cycles are marked by the appearance of God’s Messengers and each cycle (or “world”) lasts anywhere between five hundred or fifteen hundred years. In the language of the Abrahamic scriptures, the cycles are referred to as the “Days of God” (Qur’ān 14:5) or the “Days of Creation” (Genesis):

“Lo!  Your Lord is God Who created the heavens and the earth in Six Days. Then He established the Throne.”
– Holy Qur’ān 7:54

According to the esoteric meaning ( ta’wīl) of this verse, the six days in which God creates the heavens and the earth are six historical cycles of prophecy and religion. The “world” created in during these six cycles is the “World of Faith” (‘ālam al-dīn).

“The Cycle of every prophet is his ‘day’. The time in which we are now – I mean, the time after the Emissary, al-Muṣṭafa, was sent forth up to the time of the Resurrection – is the ‘day’ of our Emissary.  The days of Moses, Jesus, and the other prophets are past… God the Exalted created the lifetime of this world during the span of the prophethood of six prophets, each of whom had his cycle ( dawr) and his summons (da‘wat) in his ‘day’ (rūz), and during his day the Emissary summoned people to God… If people were to examine this interpretation, each prophetic community would occupy the position which it indeed occupies: the Christians established on the fifth day, the Jews on the fourth day, the Mazdeans on the third day.”
– Sayyidnā Nāsir-i Khusraw, ( Between Reason and Revelation, tr. Eric Ormsby, 152-153)

In each cycle of prophecy, the Enunciating Prophet ( Nāṭiq) reveals a Scripture and a religious Law (sharī‘ah). The six Natiqs representing the six days of creation were Adam, Noah, Abraham, Moses, Jesus, and Muhammad. Accompanying the Nāṭiq and later succeeding him is the person of the Foundation (Asās) – who is the first hereditary Imām of the cycle. The Asās is succeeded by a lineage of Imāms until a qiyāmah – when the prophetic cycle comes to an end and the next Nātiq appears.  The institution of Imāmah continues throughout these prophetic cycles – serving as an arc of guidance, continuity and permanence (Click Here to Read our previous post on the continuity of the eternal Imāmat in history).

When the Sixth Prophetic Cycle comes to an end, the Seventh Cycle begins. The Seventh Cycle, in the Qur’anic verse above, is referred to as the establishment of the Throne. This Seventh Cycle is the Cycle of the Great   Qiyāmah. This is because a cycle of prophecy consists of the dominance of the religious Law (sharī‘ah) in which spiritual truths (ḥaqā’iq) are concealed in symbols and only available to the initiates. The Cycle of Qiyāmah is when the spiritual truths are unveiled to the public. The meaning of qiyāmah is literally “rising” and the meaning of the word “apocalypse” is “revelation”. Therefore, the qiyāmah or apocalypse is not the end of the physical world, but rather, the revelation, rising or unveiling of spiritual truths to humanity.