Is it okay for Ismailis to eat pork?

Mawlana Hazar Imam gave guidance  to the Jamat (Kigali, Rwanda, May 10, 1958) that pork is forbidden and for the Jamat to never eat it. He explained that it has been forbidden throughout history for Ismailis, just as it has been for all Muslims. He further added that consuming pork causes animalistic qualities ( hayvaniyyat) in the human being. (Source: Farman Book Amulya Ratano, published by the Ismaili Association for Kenya, 1965).

To appreciate how eating pork could imprint animalistic qualities (savagery) of the lower soul upon our human soul, it must be understood that there are three levels of soul in this world and the human soul contains all three:

When we consume an animal, the particles of its animal soul merge with our own animal soul and cause some of the animal's qualities to become part of the human soul.

"In the three kingdoms of mineral, plant and animal, good and evil souls are mixed independently of human will. The beautiful and good qualities of these kingdoms are manifestations of the good souls while what is ugly is due to the evil souls, which the Ikhwan al-Safa call "satanic forces" (shayatin ). These qualities, being an inherent part of each, are transmitted along with that object. For example, if a plant possesses certain good qualities, it transmits them to the animal that eats it. Or if the flesh of a particular animal has evil qualities, these qualities affect the man who eats that flesh. This effect, however, is not just physical; rather, the soul of man is also affected by it. One can derive from this view of the Ikhwan the reason for the dietary prohibitions existing in various religions like Islam and Judaism, each of which is established in conformity with the spiritual and psychological "economy" of a segment of humanity."
- Seyyed Hossein Nasr, (An Introduction to Islamic Cosmological Doctrines, 69-70)

"...if your body maintains a state of balance in its elements, it will be free from disease. Otherwise its condition will be upset. He must then abstain from unsuitable foods. He may thus infer that if one abstains from excesses, and in every thing observes a proper measure, not deviating from it to either side, and if he purifies his moral self, whenever he discovers in himself the properties of brutes and beasts, he then acquires human properties, and purifies himself. And when his heart has become pure, and doubt and dishonesty leave his mind, when, he acquires certainty in the recognition of the Imam of his time, seeing him as everywhere present before him, looking upon him, he then reaches the stage of self evident certainty, and attains the stage of absolute truth when his heart becomes enlightened by the absolute light and in that light he begins to see his soul. Thereafter he begins to see with absolute, self-evidence the place in which his Creator is."
- Imam Shah Gharib Mirza, (Pandiyat-i-Jawanmardi, tr. Ivanow, 24) 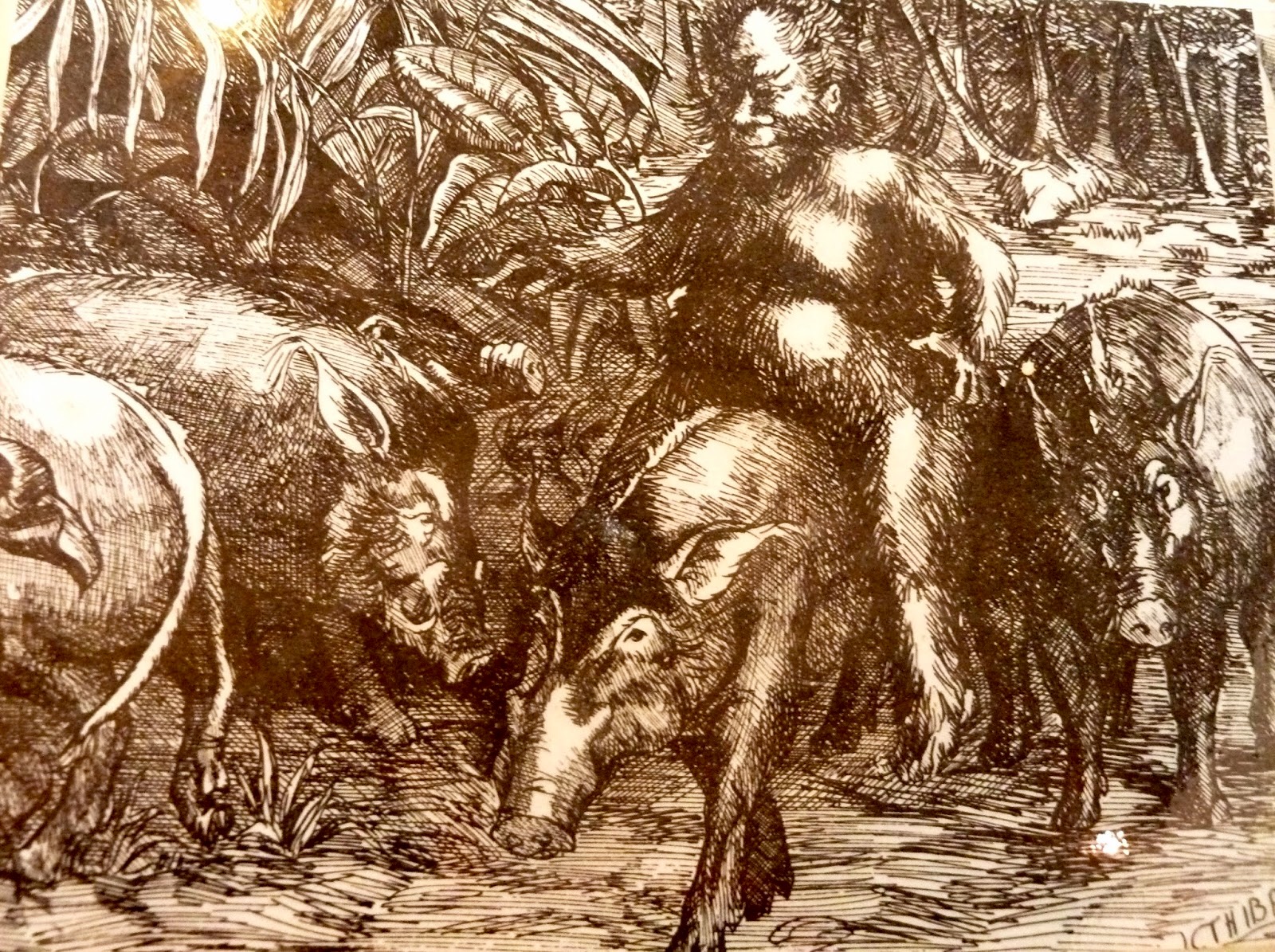 (Above drawing by Jean-Claude Thibault)