What is the difference between Didar, Mulaqat and Darbar?

“Sometimes Jamat in the past months has said to me, Hazar Imam, why do you make these jokes? And I said why shouldn't I make jokes? Darbar is a moment of happiness and I remind them that, in Islam, happiness is a blessing. It is a blessing from Allah. Therefore, if you have smiles, and if you have happy children, and you have friends, and you enjoy the qualities of life, this is also a reason to be thankful for the blessing from Allah.” 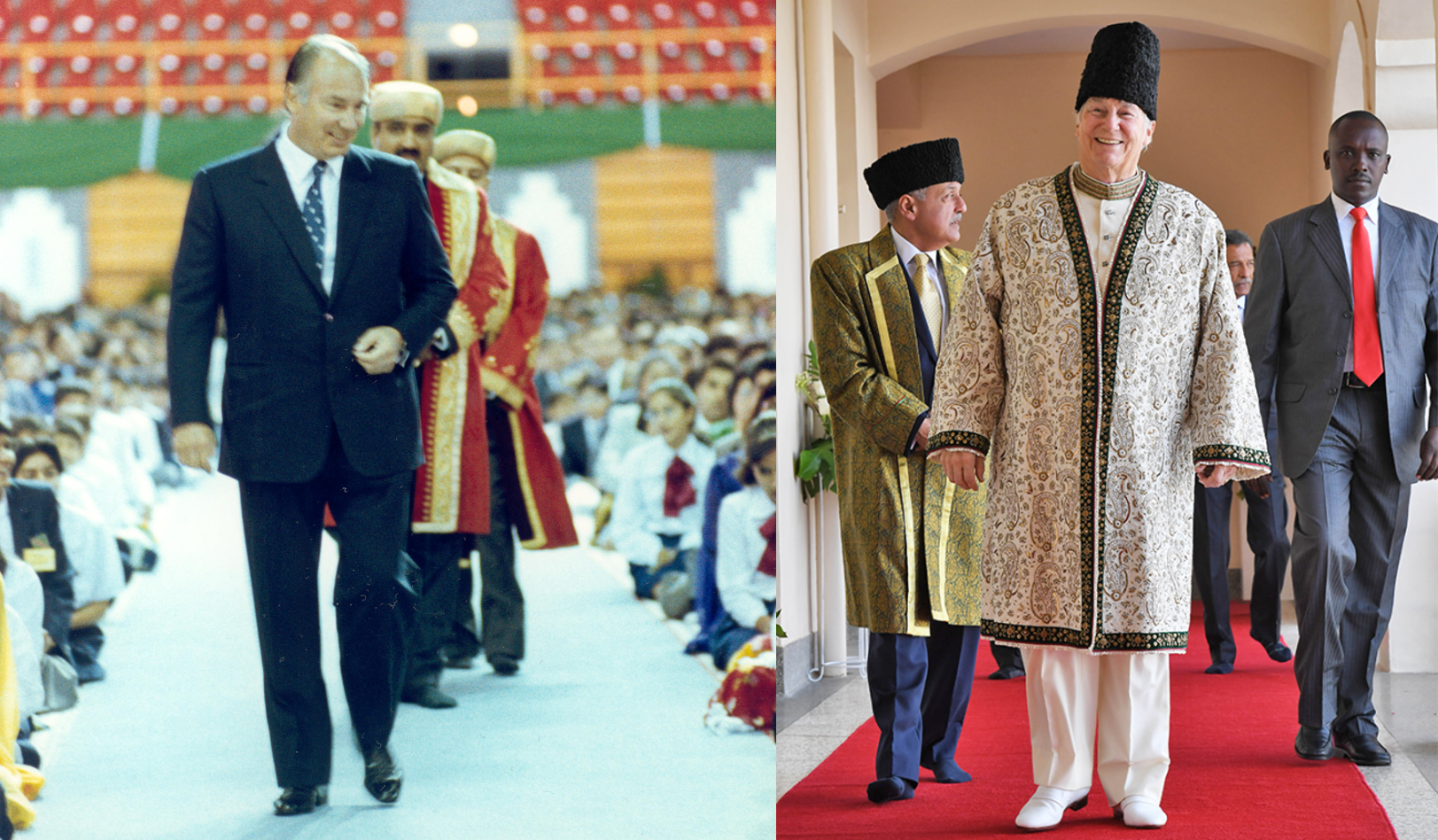 The word Didar (beatific vision) comes from the Persian word didan, “to see”. Didar means “vision”, “sight”, or “glimpse”. The word Mulaqat comes from the Arabic word liqa – which means “face to face meeting”. The word liqa appears throughout the Qur’an, referring to the “Day of Meeting” (Qur'an 9:77, 84:6, 29:5, 6:154, 18:110, 32:14, 41:54, 30:8) that takes place when human beings will have the direct vision of God on the Day of Judgment. The Qur’an also says that a preview or foretaste of the Meeting (liqa) with God takes place in the physical world when human beings behold the Signs of the Day of Meeting (Qur'an 13:2, 39:71, 10:7, 6:130). In this respect, the Imam is the living Sign of God and the murid’s vision of the Imam – called Liqa or Didar – is a foretaste and preview of human soul’s eschatological vision (liqa, didar) of God to take place in the hereafter.

“Seekers of union must thus heed the Imam’s words to attain their ultimate goal and must completely submit themselves to his will. The Imam is the only source through whom God can be recognized. It is therefore the highest goal of human existence to attain his beatific vision…The ultimate aim and aspiration of the believers was explicitly to recognize the divine through the beatific vision (didar) of the Imam of their time.”

Whenever Mawlana Hazar Imam meets with the Ismaili Jamat in a Tariqah setting and designates this as a Didar, then this gathering is a Mulaqat (face to face meeting) and a Zahiri Didar (Exoteric Vision). There are also occasions where the Mulaqat includes non-Ismaili Muslims and people of other faiths – such as in Syria and Tajikistan – in which case the occasion is still a Zahiri Didar for the Ismailis. Thus, a Mulaqat is any gathering – designated as such by the Imam – where the Zahiri Didar of the Imam takes place.

Sometimes, on special occasions, Mawlana Hazar Imam ordains and declares that a Mulaqat of the Zahiri Didar will be a Darbar. Darbar is the Persian word for the Court of a King, referring to the chamber in which the King’s guests gather to have an audience with him. In contemporary times, when Mawlana Hazar Imam declares that a particular Mulaqat will be a Darbar, it means that the Mulaqat is an occasion of special happiness and special celebration. On several occasions such as his 1994 Darbar in London and his 1998 Darbar in Lisbon, Mawlana Hazar Imam explained that he was ordaining that the gathering be a Darbar because of a special occasion – such as the announcement about the Ismaili Centre in Lisbon. Throughout the Golden Jubilee Year, almost every Mulaqat of the Imam with the Imam was declared as a Golden Jubilee Darbar. During the Golden Jubilee Darbars, Mawlana Hazar Imam was in a very jovial mood and often cracked multiple jokes in his Farmans to cheers of applause and laughter from the Jamat.

“Sometimes Jamat in the past months has said to me, Hazar Imam, why do you make these jokes? And I said why shouldn't I make jokes? Darbar is a moment of happiness and I remind them that, in Islam, happiness is a blessing. It is a blessing from Allah. Therefore, if you have smiles, and if you have happy children, and you have friends, and you enjoy the qualities of life, this is also a reason to be thankful for the blessing from Allah.”

Even the Imam’s delivery of jokes is spiritually significant in the context of his Darbar; jokes provoke laughter and laughter is form of happiness that is particular to the human intellect. Thus, the Imam’s cracking jokes and making the Jamat laugh is one of the ways that the Imam performs his role of awakening and actualizing the intellects of his murids. Thus Nasir-i Khusraw once explained that:

“Joy is the substance of intellect.Furthermore, out of all the animals only man, who possesses a rational soul, partakes of laughter. The philosopher-sages have posited one definition of 'man' as 'living-laughing', and laughing is a manifestation of happiness. This particular human trait of laughter stands as proof that ultimate bliss is proper to the intellect.”

Every Darbar is a Mulaqat and a Didar; but not every Mulaqat and Didar is a Darbar. One key difference between a normal Mulaqat and a Darbar is that the Imam wears his traditional robe ( jabbo) and astrakhan cap inside the Darbar. Meanwhile, in non-Darbar Mulaqats, the Imam tends to wear his suit and wears another kind of robe on top of it.

The Ismaili Imams have been granting Darbars to their murids at least since the period of Imam Hasan ‘Ali Shah Aga Khan I:

“Agha Khan I attended the jama‘at-khana in Bombay on special religious occasions, and led the public prayers of the Khojas there. Every Saturday, when in Bombay, he held durbar (Persian, darbar), giving audience to his followers who received his blessings.”

– Farhad Daftary, (The Ismailis: Their History and Doctrines, 2nd Edition, 474)

In a certain respect, the Fatimid Court and other places where the Ismaili Fatimid Imam-Caliph gave audiences to his subjects could be called a Darbar. In this setting, the Imam sat or rode out in the front and centre of the area; important Fatimid dignitaries would salute the Imam with a special greeting and pay homage to him; Qur’anic verses and other oaths of loyalty were presented before him. The Imam was dressed in a special turban and robes, accompanied by a parasol bearer and other dignitaries. Sometimes the Imam would also grant special robes of honour to certain officers for their services. For example, one source describes how the Fatimid Imam-Caliph al-Zahir “rode in procession with is troops, wearing a “round” robe of dabiqi linen with gold threads and a matching turban, seated under a parasol with gold threads” (Sanders, Ritual, Politics, and the City in Fatimid Cairo, 64).