Why do Ismailis offer Bay'ah to the Imam of the Time? 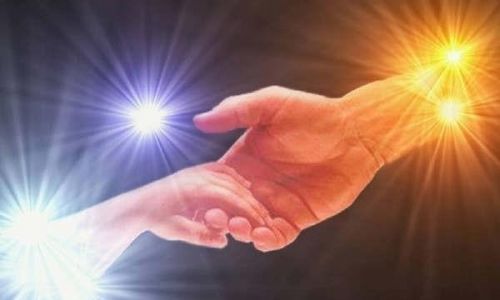 Bay‘ah is the spiritual contract or covenant that every Ismaili Muslim or murid has made with the Ismaili Imam of the Time. Bay‘ah gives the murid the right to access the Imam’s teachings, guidance, blessings, and spiritual medicine, and the Jamatkhanah is the private space where the Imam makes these available to his murids. The bay‘ah, an Arabic word which means “buying/selling”, is a two-way contract that includes a commitment from the murid and a commitment from the Imam. Thus, the bay‘ah between the murid and the Imam is a spiritual “transaction” or “contract” in which the murid commits his allegiance, devotion, and obedience in exchange for the Imam’s spiritual guidance, intercession, blessings, and purification – in this world and in the afterlife.

You perform  bay‘ah, but you must first understand it’s meaning and then offer bay‘ah. When you offer me bay‘ah it means that you extend your hand to me with a promise…He who obeys me and promises to follow me after offering me bay‘ah I also give him my promise that I shall hold his hand in the Hereafter. The trials and tribulations of the Day of Judgment are very frightening and painful. I will keep him away from this.
– Imam Sultan Muhammad Shah Aga Khan III,  (Manjewadi, October 31, 1903, quoted in Kamaluddin Ali,  Practices and Ceremonies)

The act of  bay‘ah indicates that a person accepts the Ismaili Imam as his or her spiritual master and guide:

It is incumbent upon the parents that they should first make their children my murid through the performance of bay‘ah…Those who have not offered bay‘ahthey have not signed to accept our faith. Just as you sign on an agreement in your business and in other dealings, similarly, through bay‘ah, I take signature from your soul.
– Imam Sultan Muhammad Shah Aga Khan III,  (Kutch Nagalpur, November 27, 1903)

Bay‘ah as a religious practice goes back to the lifetime of Prophet Muhammad and the Qur’an mentions it in numerous verses (48:10, 16:91, 48:18, and 60:12) in which the believers give bay‘ah to the Prophet Muhammad when they become his followers or reaffirm their loyalty to him. In Qur’ān 48:10 – referring to the Believer’s placing their hands under the Prophet Muḥammad’s hands in the act of bay‘ah, the Qur’ān states that “the Hand of God is upon their hands.” This is significant because in physical terms, it was the Prophet Muḥammad’s hand which was placed upon the hands of the Believers. But the Qur’ān attributed to entire affair to God.

The Qur’an stipulates that the Prophet should only provide guidance, blessings, and intercession to people after they give him their  bay‘ah. The Ismailis have continued this Qur’anic protocol of bay‘ah throughout their history:

The custom of meeting in closed sessions, at specially designated places, to learn about and practice their own interpretations of faith, has been part of the Ismaili tradition from pre-Fatimid times. During the Fatimid period, the Ismailis used to participate in majalis al-hikma (sessions of wisdom), which were accessible only to those who had pledged their allegiance to the Imam-of-the-time.
– Karim Jiwani, (Muslim Spaces of Piety and Worship, Read at IIS Website)