Does Hazir Imam Gamble? Why Does He Breed Horses? 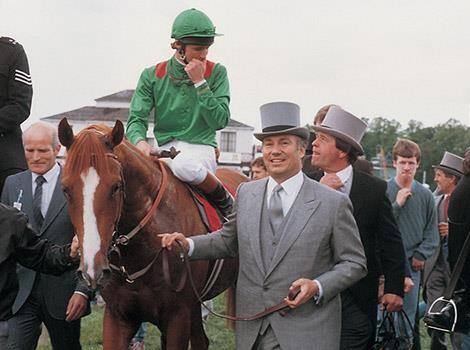 "Of course the horse-racing and the Sardinia venture are incidental; if I felt for one moment they were making my religious and community work suffer I would abandon them. But I have a working day that allows me to do all these things. I get up at six each morning. I have a quick breakfast, then dictate letters and memoranda for a couple of hours. During the rest of the morning I meet people who may be from any of my activities."
- Mawlana Hazar Imam

The Imam is a horse breeder. Horse breeding is both a sport and a science and takes a great deal of wisdom, skill, and analysis. For thousands of years, horse breeding has been the sport of the noblest families in the world. Gambling on horses only became legalized in the 1960s-70s.

"Horses in no way compromise what I do, (he says with a chuckle. Noting that orthodox Muslims raise the issue of betting, not so much horse-breeding,  he adds he does not gamble; others do on his horses). I mean, other people drink, I don't drink. I can hardly be held responsible for other people's habits."

It is perhaps a measure of the Agha Khan’s [sic] love of horses that he refuses to bet on them. "If a big breeder and race horse owner were to start running his stables according to the betting, (he said), you would never see the end of it. It would disrupt all values — it would disrupt all consistency. I just don’t want to run the thing that way. If I have a good horse, I want to run him in the race which is right for him." 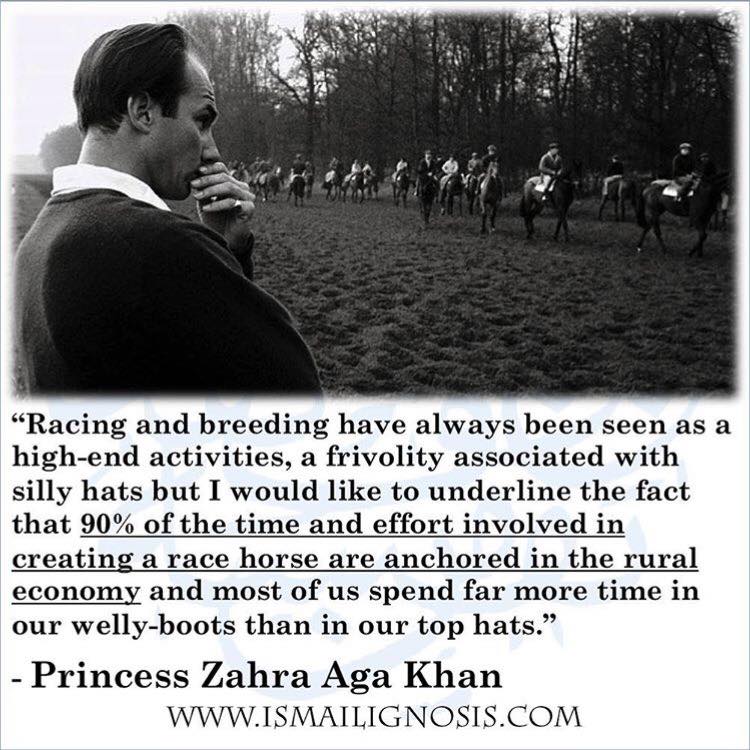 Princess Zahra explains the family's affinity for horses and that horse breeding takes up very little of their time, elaborating that 99% of their time is spend working on development work throughout the world:

"The horse industry is an important part of the rural economy, employing millions of people around the world in areas of shrinking agricultural production. It supports farms and villages, it provides permanent, year-round employment to riders, lads, farriers, vets, farmers and businesses of all kinds.  As my father said, 'You can look at the horse in human life — in agriculture, in war, or as a vehicle of exploration — for hundreds of years. When you think about it, the horse is one of the most extraordinary phenomena we have.' This industry preserves a species, and also an entire population that nurtures that species.

I may have given the impression that breeding plays a central role in my family’s activities, but in fact, for the Aga Khan family, it’s a “weekend job”, it’s a peripheral activity. As many people know, we spend 99% of our time working on development projects in Africa, and South and Central Asia, and in many sectors, from micro-finance to healthcare and education, from agro-industry to rural development...

Nevertheless, I think that this “weekend job” is an important one, because it represents 250 years of family tradition, and it maintains ties with our Persian and Indian history. Many of the families in our studbook have been with us since 1922, and they are old friends."